Dusty May Basketball Camps at FAU

OUR 2022 SUMMER CAMPS HAVE OFFICIALLY CONCLUDED!

THANK YOU TO EVERYONE THAT ATTENDED FOR MAKING OUR CAMPS GREAT !

WE ARE ALREADY LOOKING FORWARD TO THE SUMMER OF 2023 !

*Camps are open to any and all entrants (limited only by number, age, grade and/or gender)

Take a look back at some pictures from our 2022 camps: 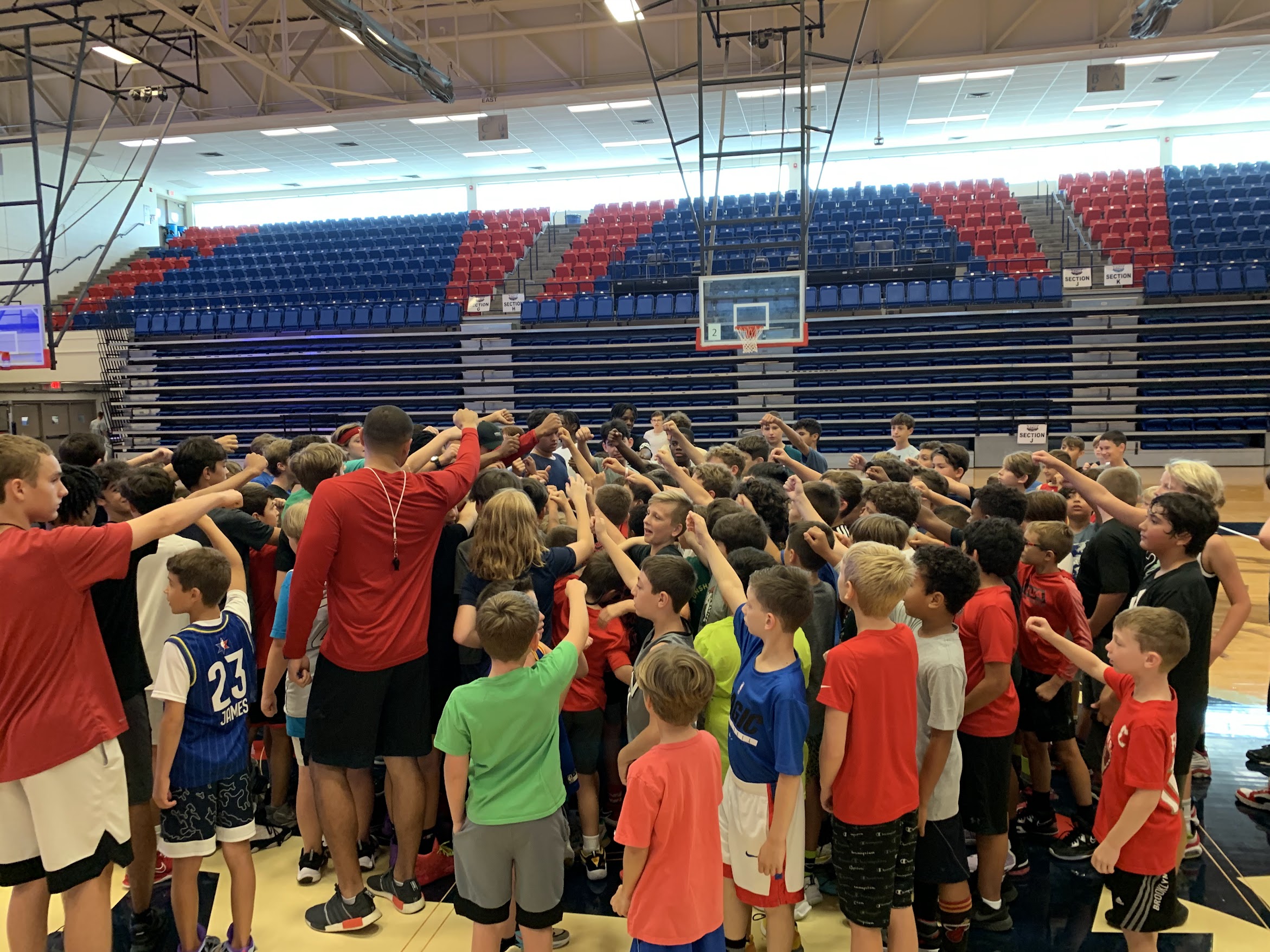 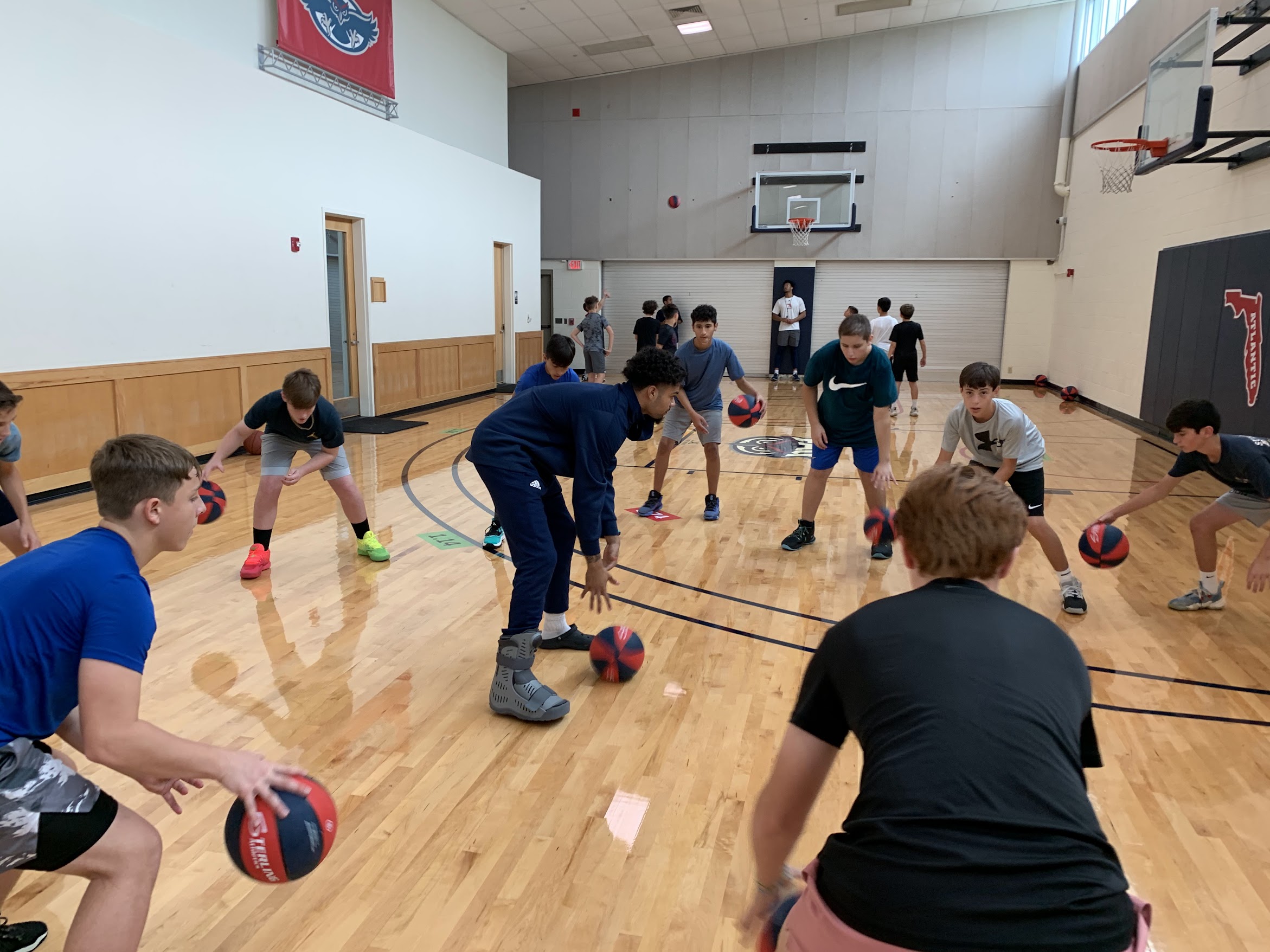 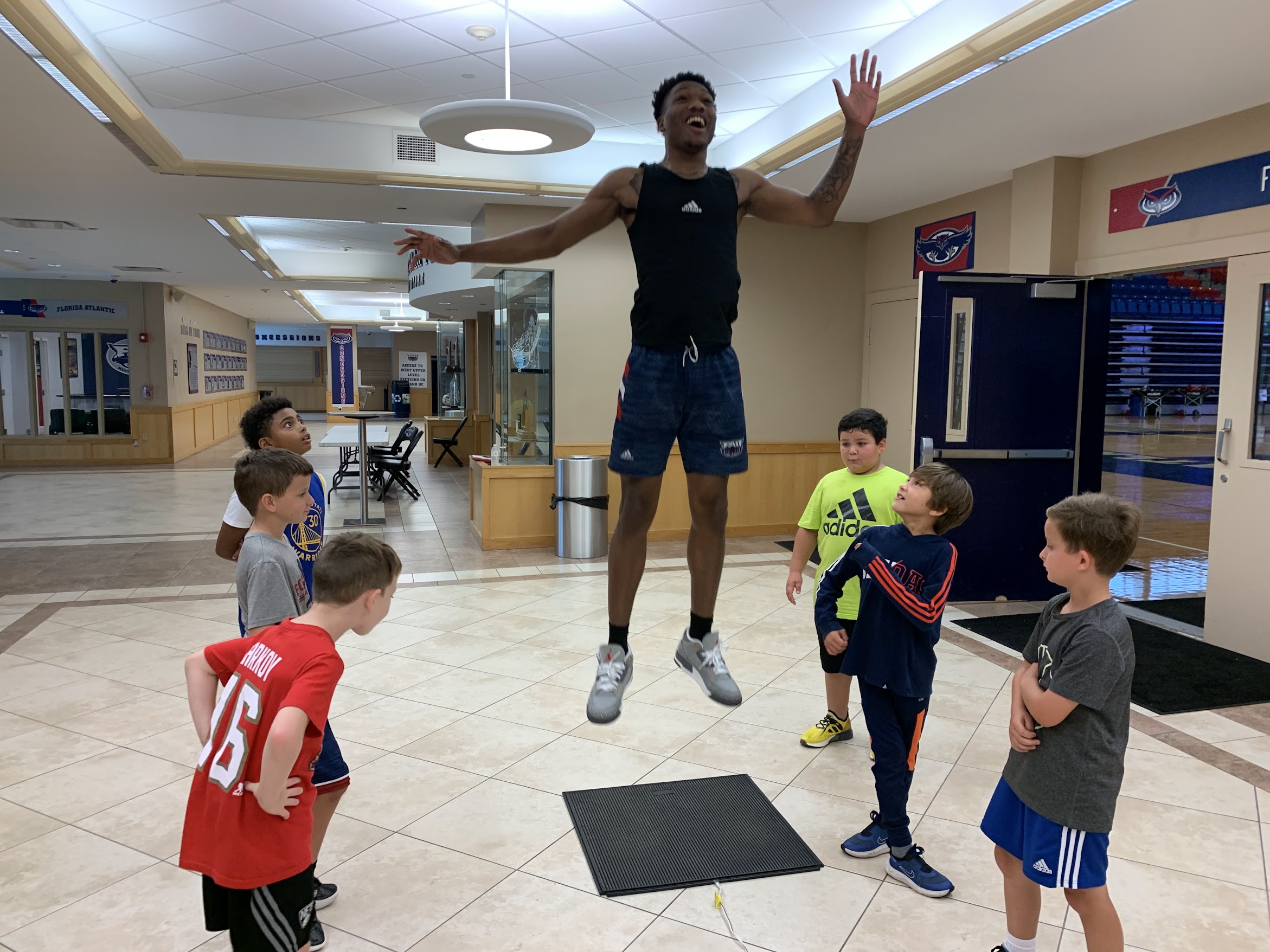 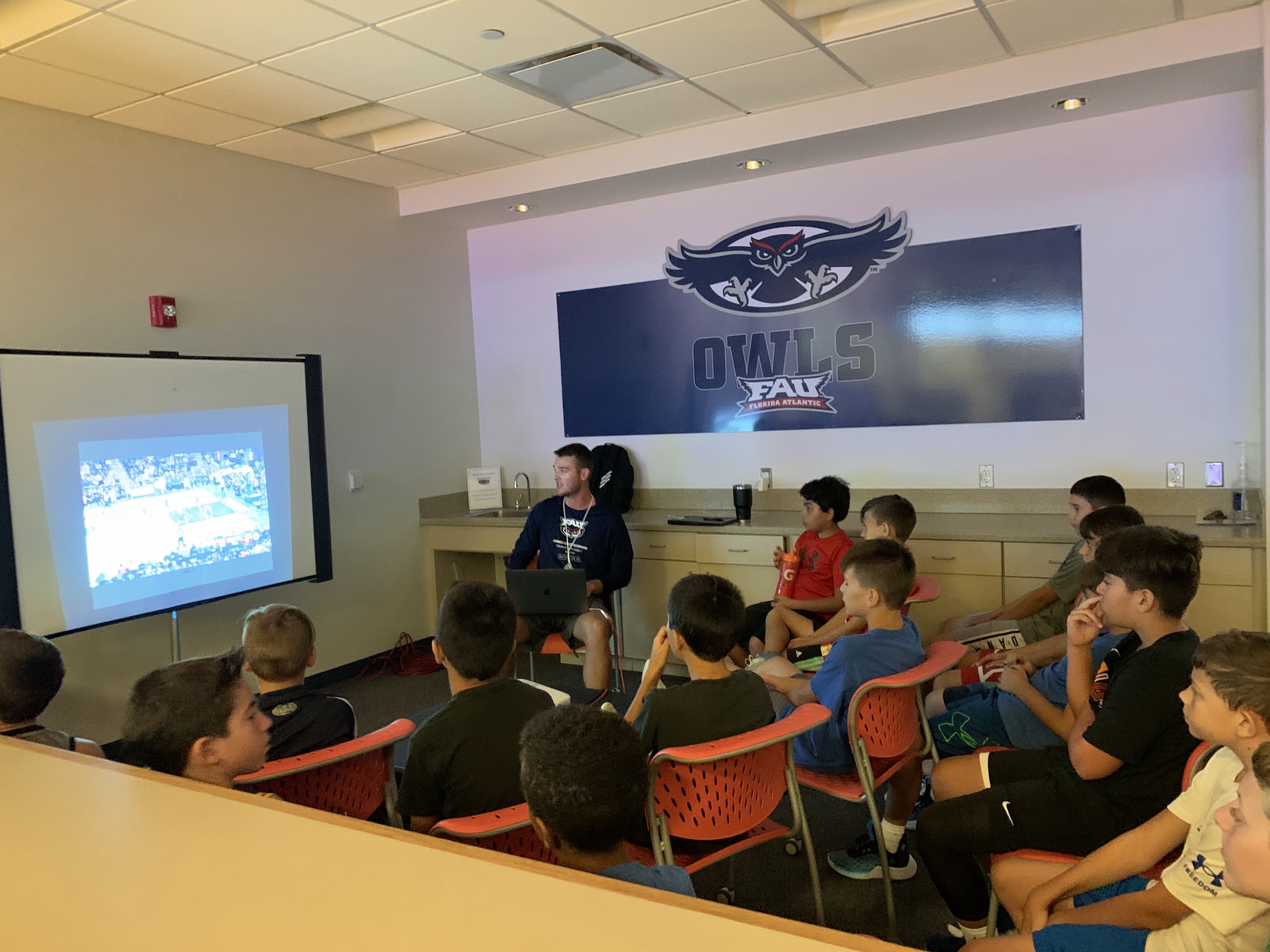 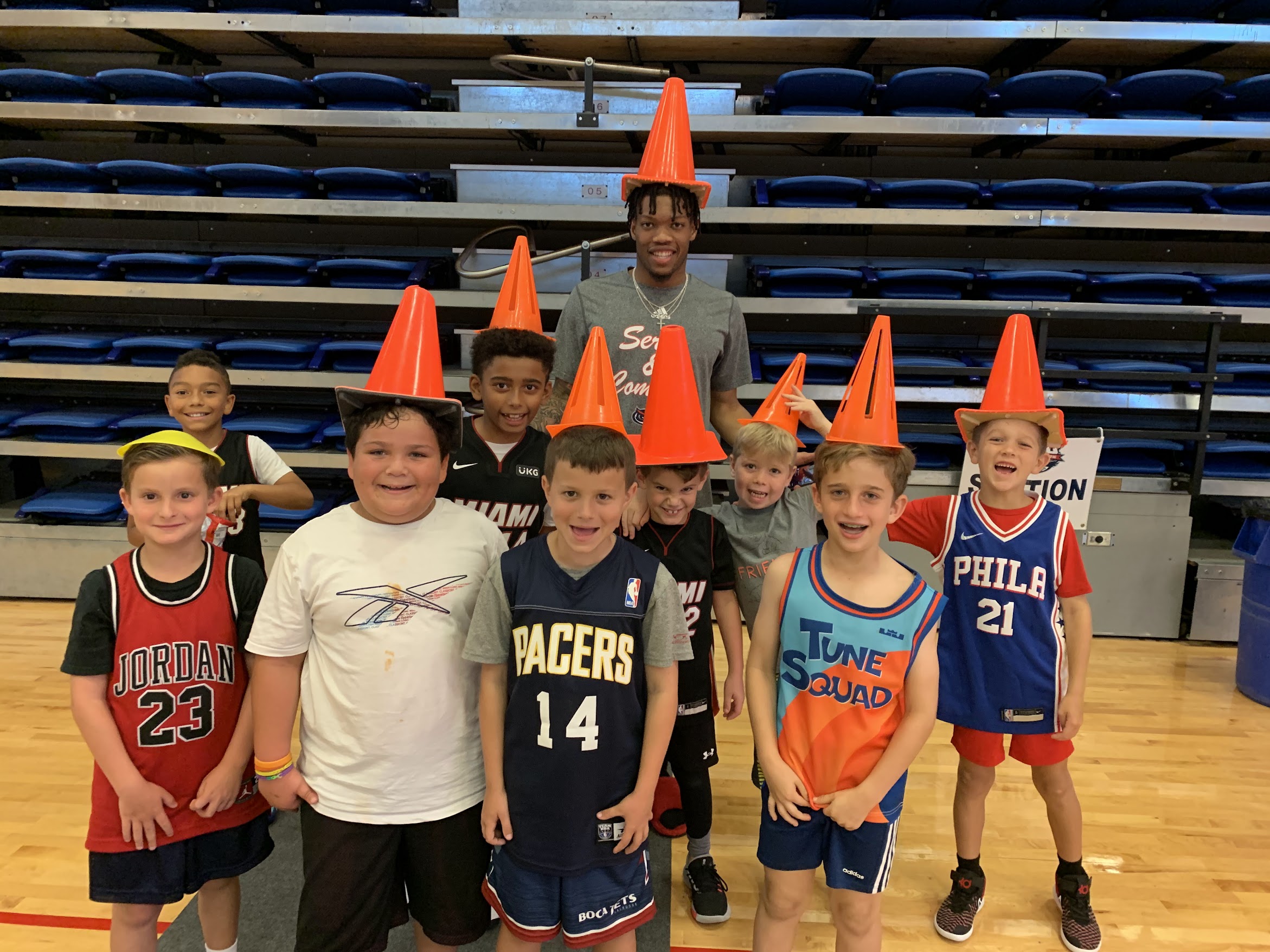 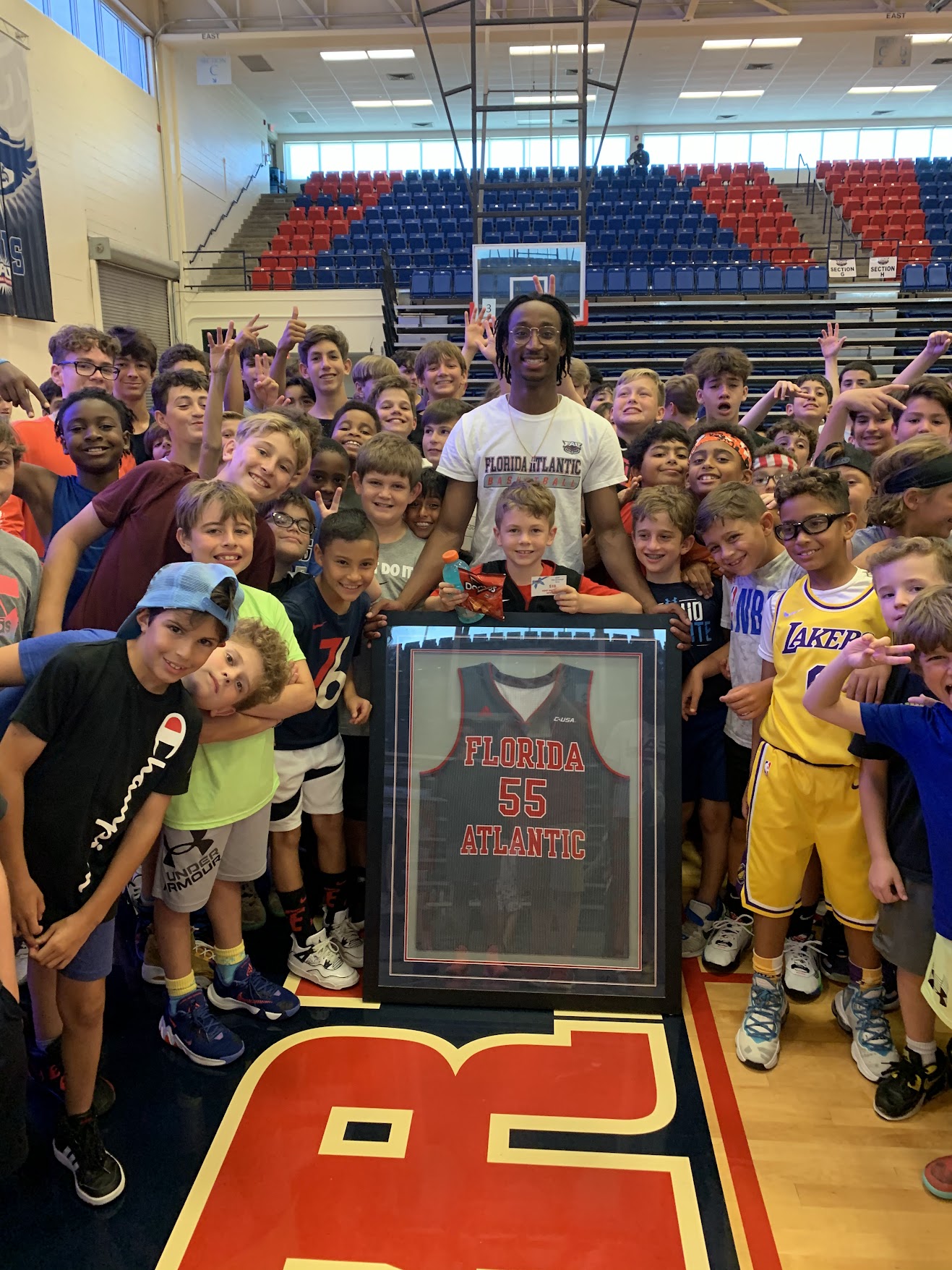 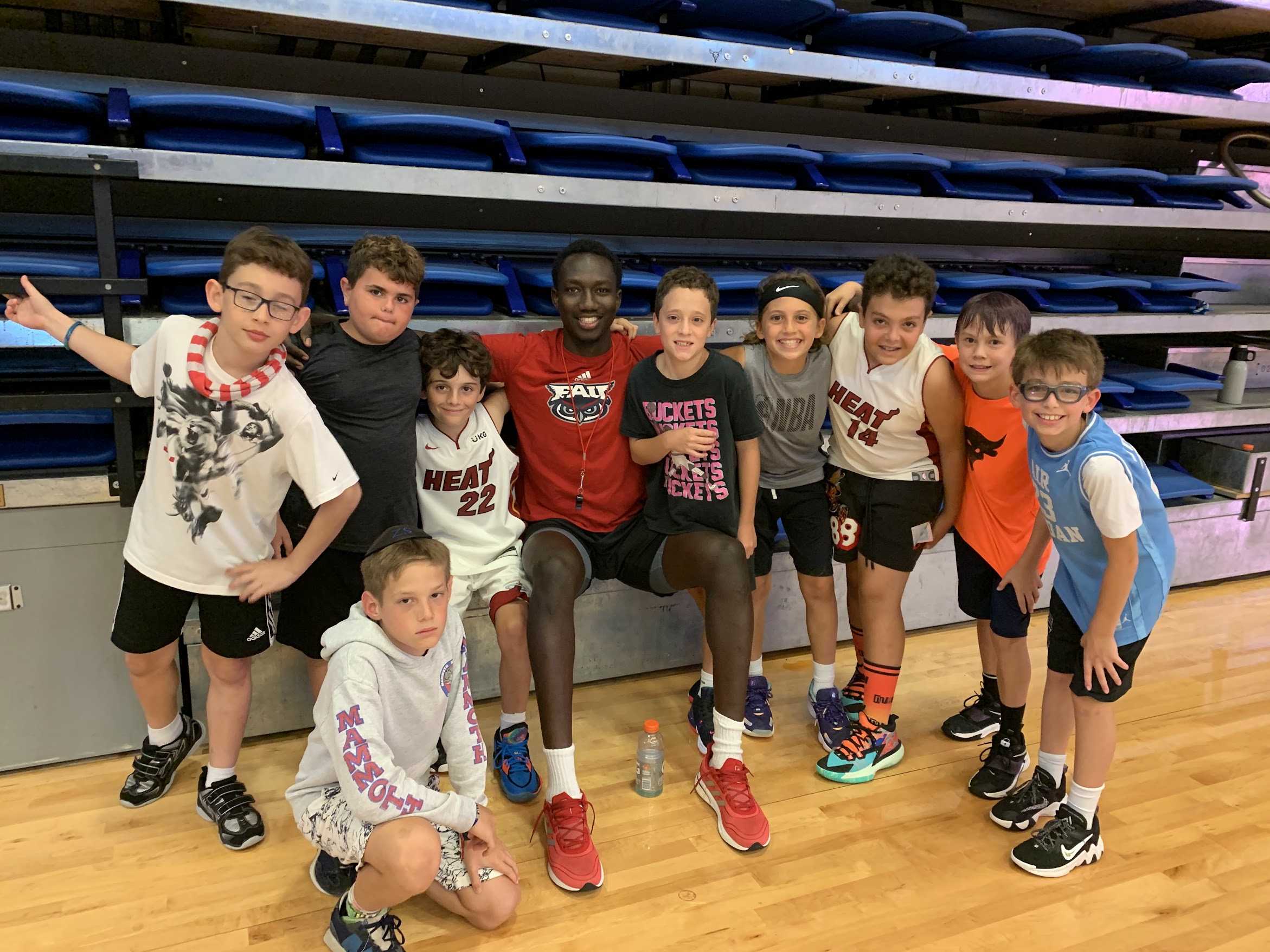 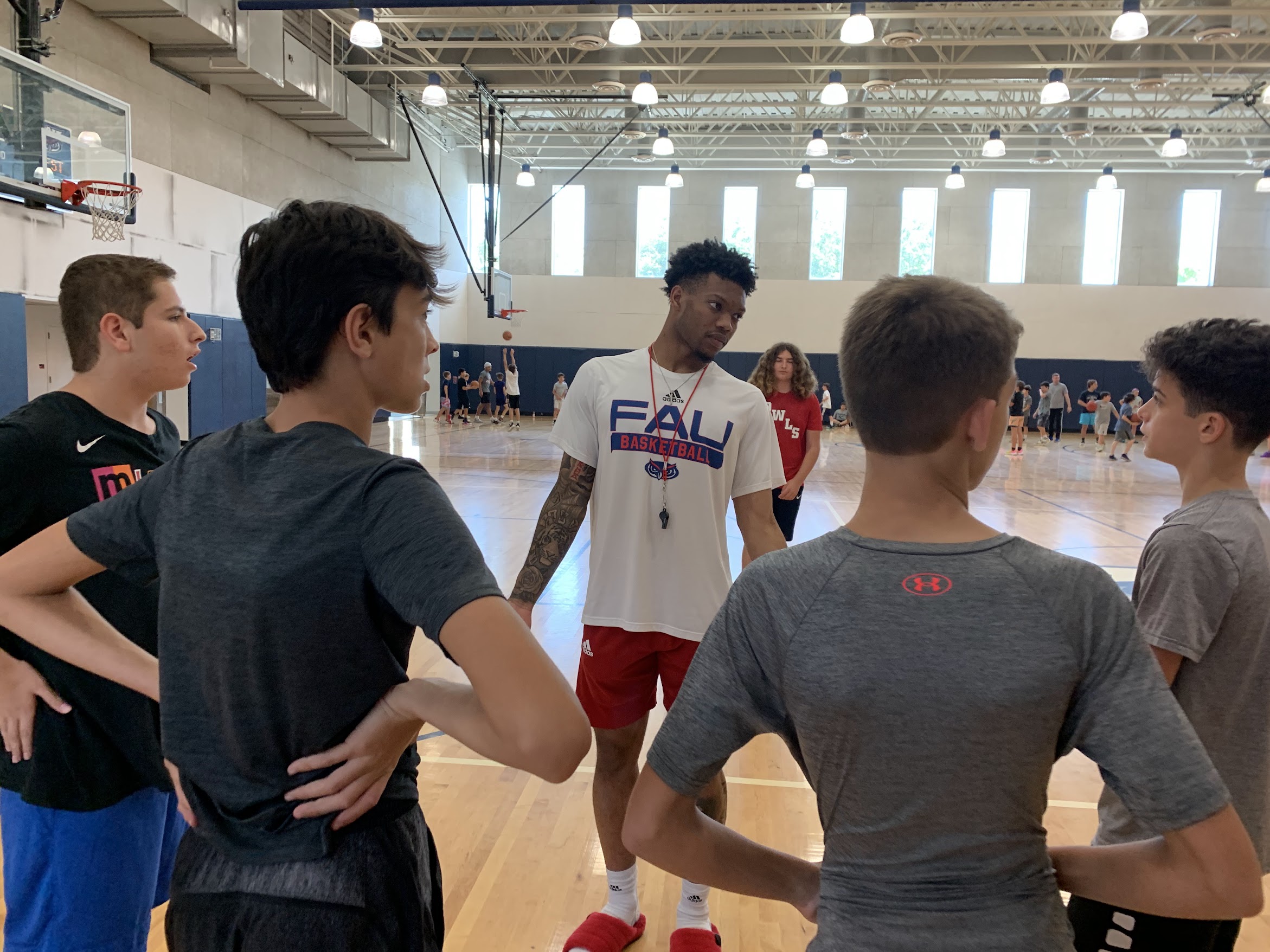 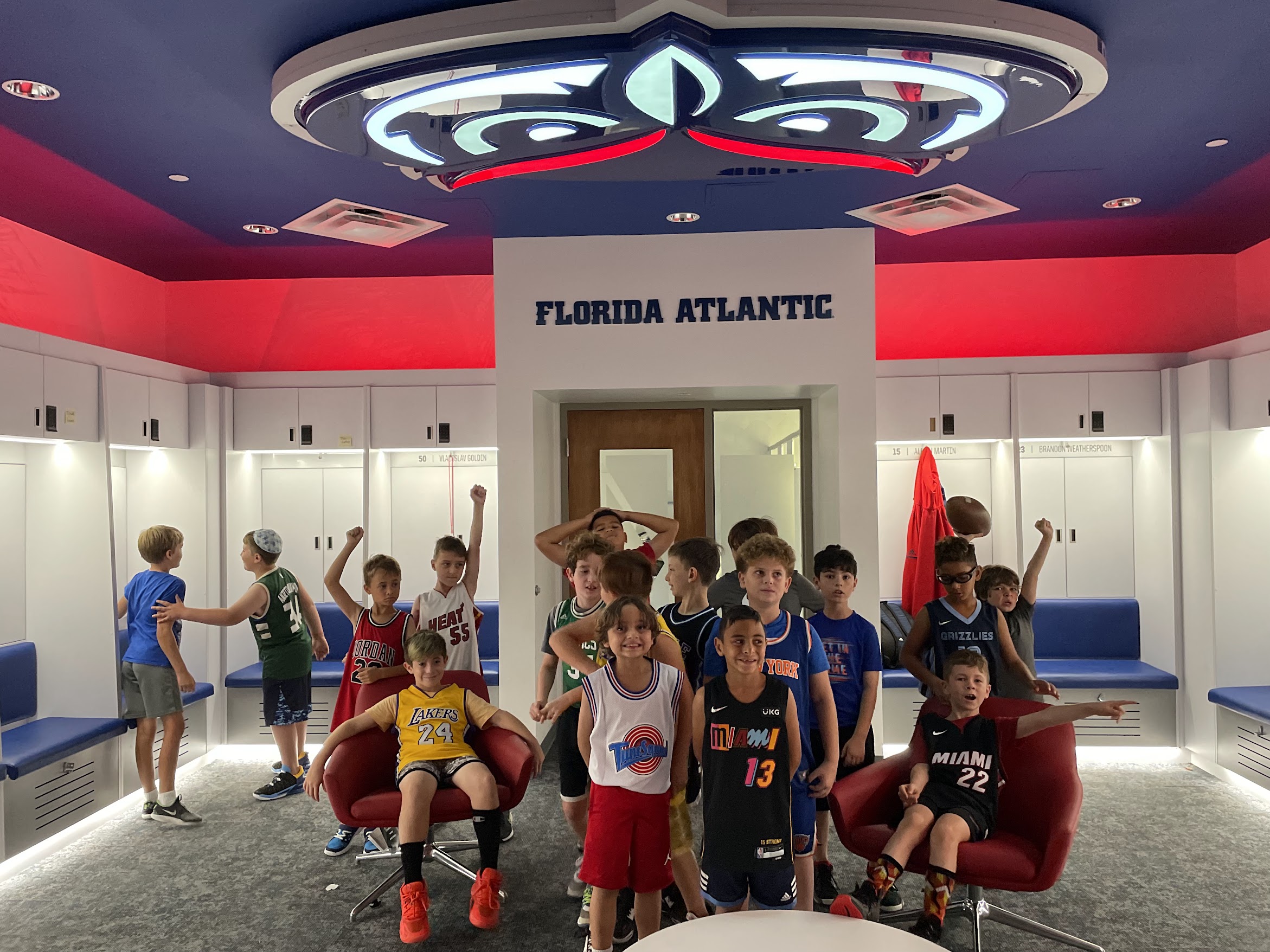 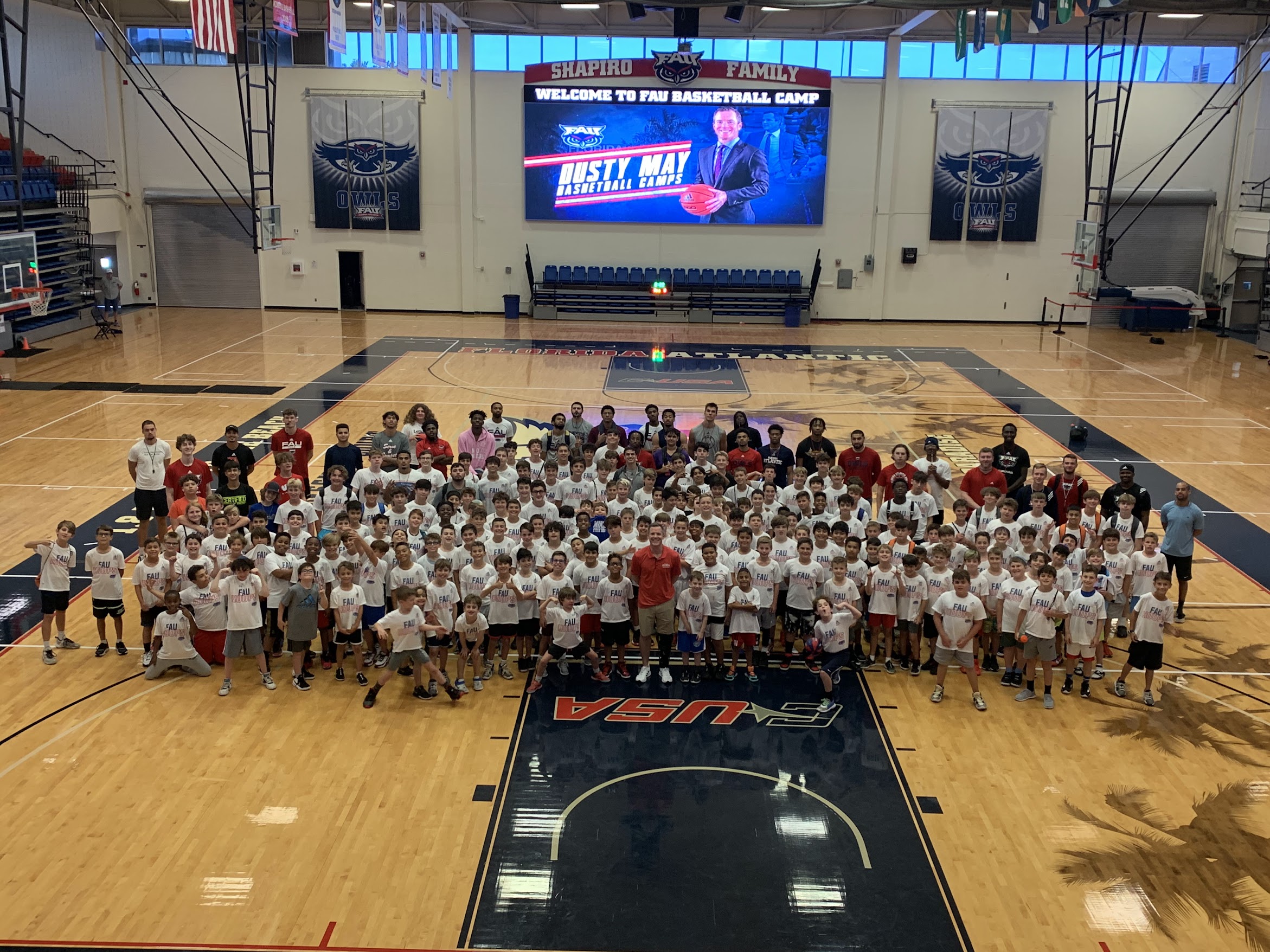 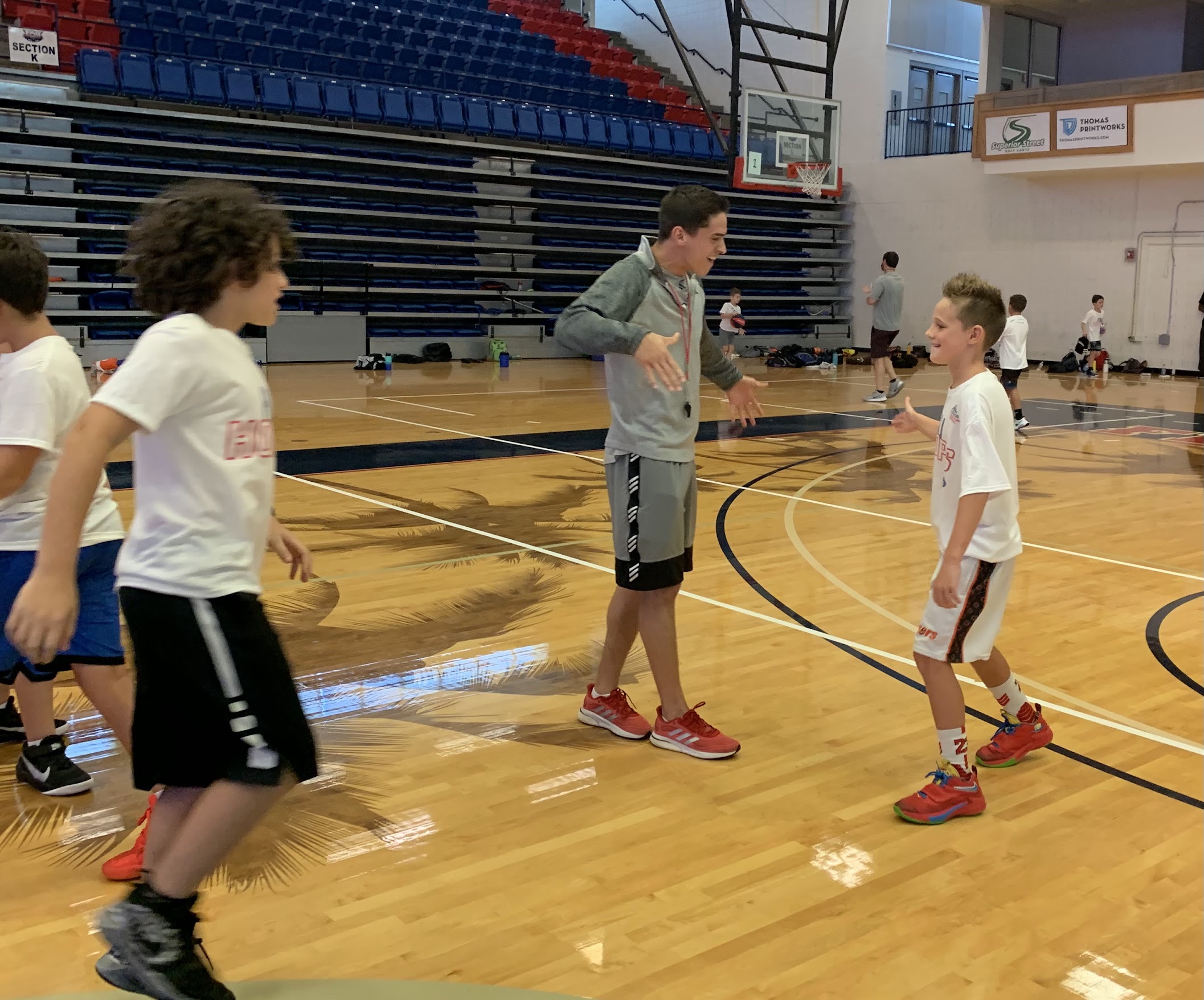 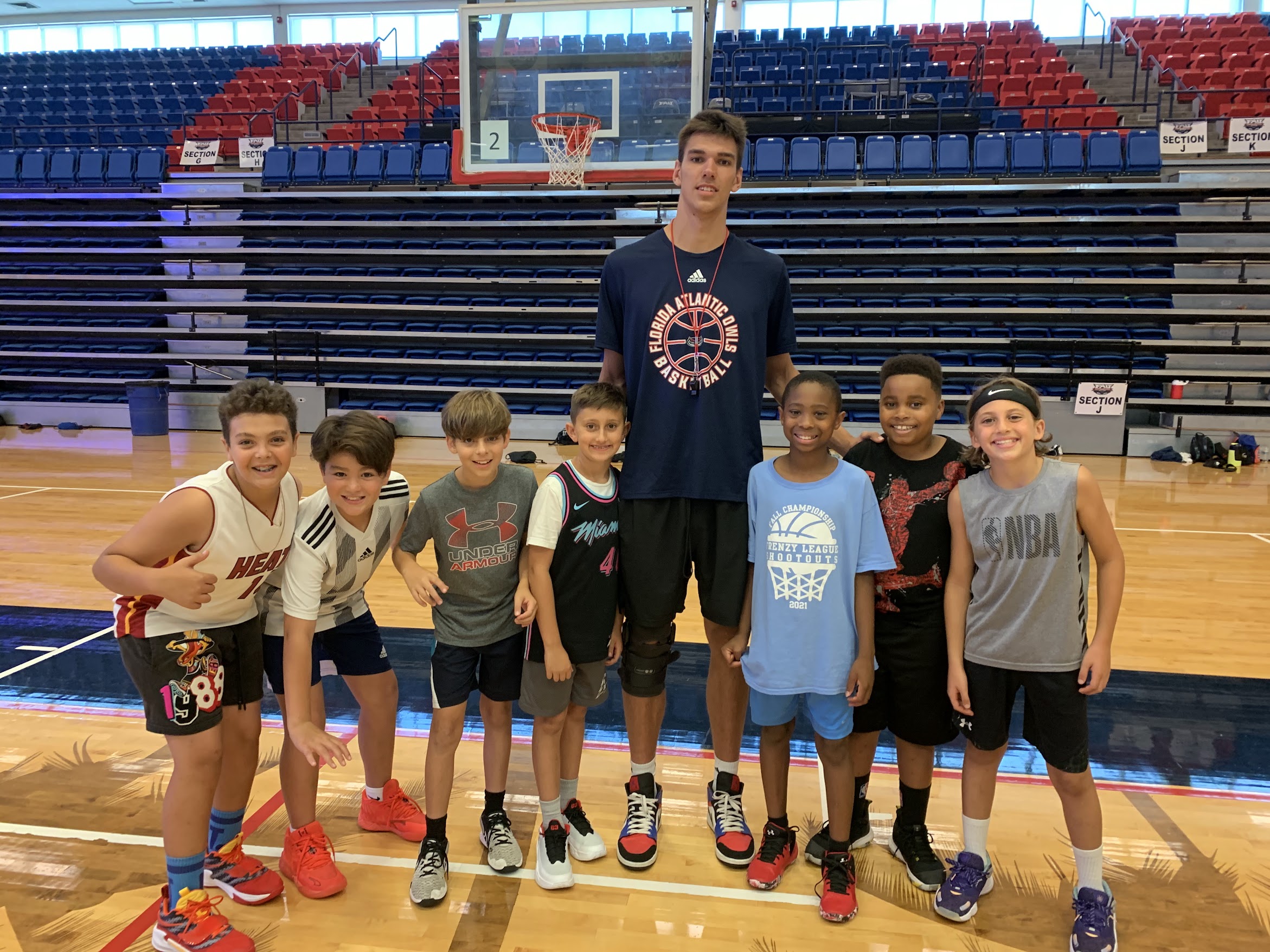 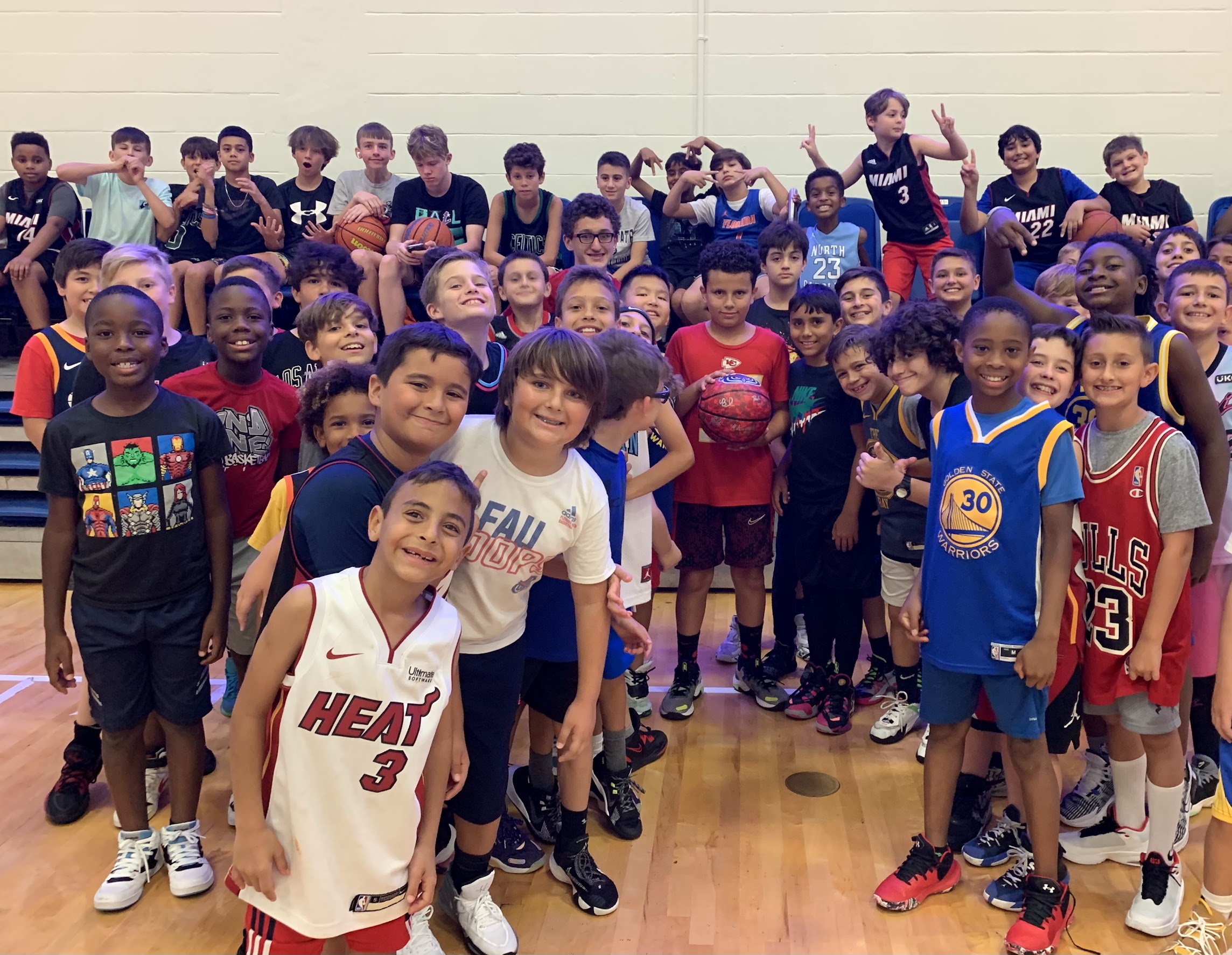 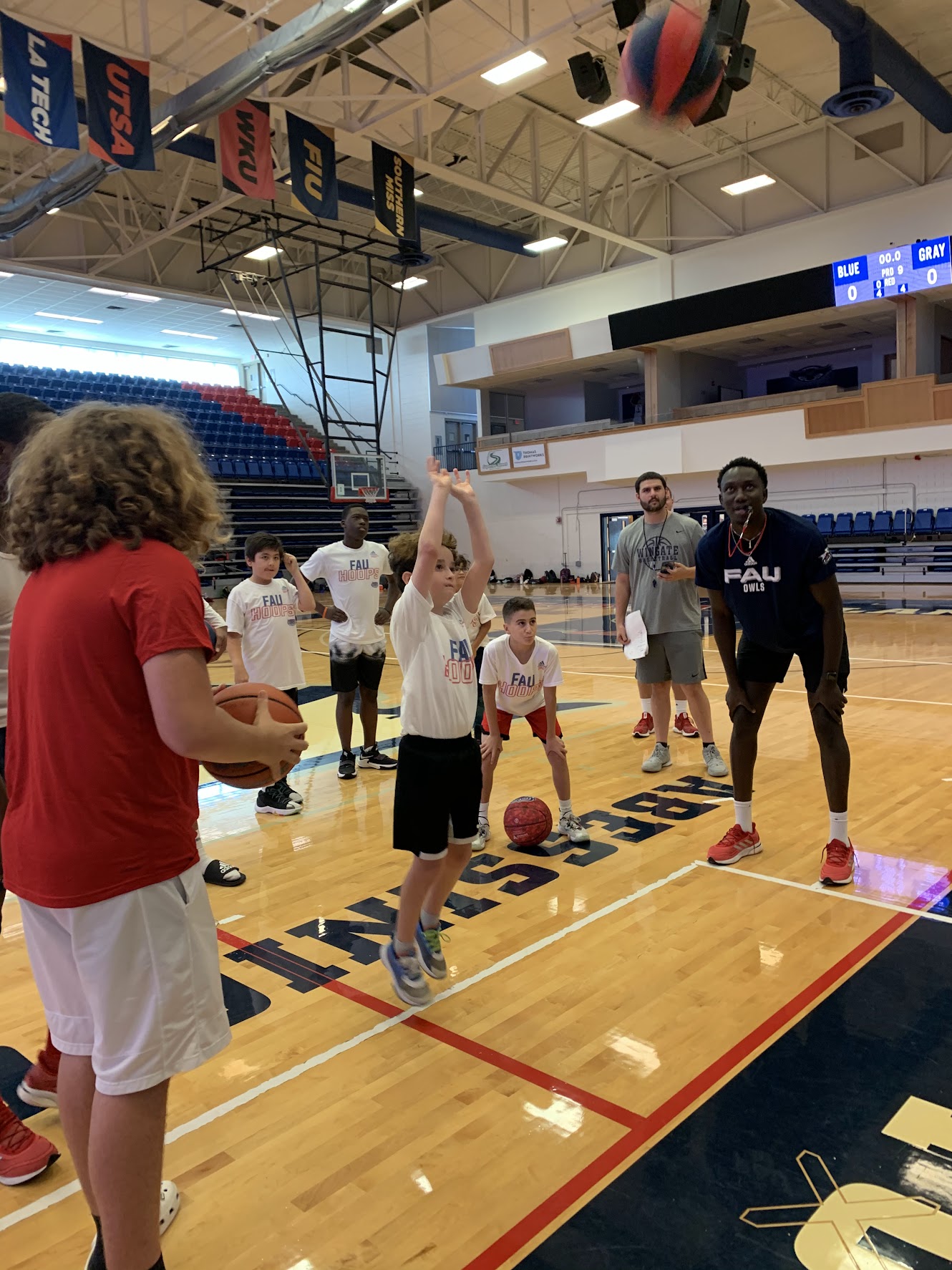 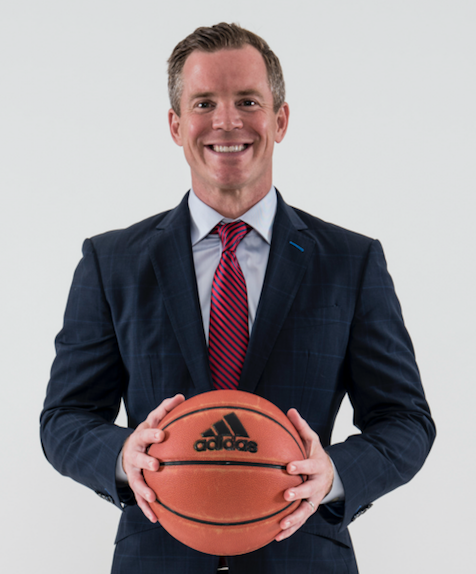 Dusty May accepted the challenge of building Florida Atlantic University’s men’s basketball program into a team that will consistently compete on the national stage when he assumed the helm as FAU's Head Men's Basketball Coach after signing a five-year contract in late March of 2018.

May joined FAU after three years as an assistant coach at the University of Florida, where he helped the Gators compile a 69-37 record, including back-to-back NCAA Tournament appearances. The Gators reached the second round of this year’s tournament after advancing to the Elite Eight in 2017. As a full-time assistant, May’s teams have compiled a 274-166 record (.623 winning percentage).

May, who is FAU’s ninth head men’s basketball coach, has spent the last seven seasons on the coaching staffs of Florida coach Mike White, first at Louisiana Tech University for four seasons and then with the Gators. White is the older brother of Brian White, who was named FAU’s vice president and director of athletics on March 3, 2018.

May was retained as an assistant at Louisiana Tech when Mike White took over the program entering the 2011-12 season, and the Bulldogs won three straight conference championships – the Western Athletic Conference title in 2013 and Conference USA crowns in 2014 and 2015. In their first season in Gainesville, the Gators rebounded from a sub-.500 record to finish 21-15 and advance to the quarterfinals of the National Invitation Tournament.

“The opportunity to recruit in such a fertile region, the momentum this university is enjoying and the enormous potential here are ideal starting points,” said May. “We will be winners here, and we will play with tremendous passion and energy. The vision of President John Kelly, the board of trustees and the athletic department under the leadership of Brian White made this move an easy decision. I can’t wait to get started.”

May served six seasons (2009-15) as assistant coach and associate head coach at Louisiana Tech. In his final season with the Bulldogs, the team went 27-9, including 15-3 in Conference USA to win the regular season championship by two games, and went 17-0 on its home court. Louisiana Tech won 49 of 50 home games from February 2012 through the end of the 2014-15 season.

May was a student manager for the University of Indiana men’s basketball team and after graduating began his professional career as an administrative assistant/video coordinator at USC from 2000-02. He returned to Indiana in an administrative role for three seasons before taking his first step as an assistant coach with Eastern Michigan (2005-06). He has also served as an assistant at Murray State (2006-07) and the University of Alabama at Birmingham (2007-09).

May and his wife, Anna, have three sons, Jack, Charlie and Eli. 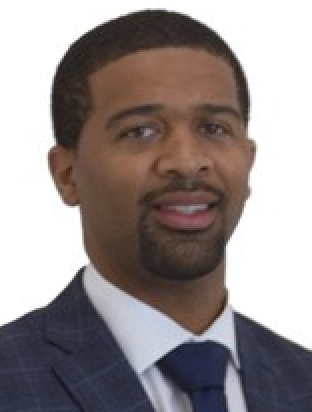 Williamson comes to FAU from Virginia State where he was an assistant coach for eight years. At VSU, Williamson was recently promoted to associate head coach. In his eight seasons on staff, Williamson helped lead the Trojans to six consecutive CIAA Northern Division tiles, two conference tournament championships and four NCAA Division II Tournament appearances. Throughout Williamson’s time on staff, the program averaged 21 wins per season.

During the 2018-19 season, the Trojans racked up 28 wins, which broke a school record that was previously set the year before. The team finished the season as the regular season and conference champions with winning streaks of 16 and 10 games.

Aside from on-the-court responsibilities, he was also involved in scheduling, working as a liaison to the academic team and compliance department.

Williamson has been recognized on a national scale, being named by the Minority Coaches Association as one of the top NCAA Division II assistant coaches in the country in October 2020. He was also one of 12 finalists for the “Next Up” Head Coaches Training Initiative.

Prior to VSU, Williamson served as the director of basketball operations for two seasons at his alma matter, Old Dominion University. Williamson carried out the administrative operations of the basketball program, while working closely with the head basketball coach and assistant athletic director on scheduling events.

Williamson put together an impressive college basketball career at ODU from 2003-07. To this day, he holds the school record for consecutive career games played with 130 straight appearances in a Monarch jersey. Williamson is ranked third all-time in steals with 215 and seventh in career assists with 555, which is also the eighth most in the CAA. At Old Dominion, Williamson was a part of one of the winningest eras in program history. In a three-year span (2005-07), the Monarchs won 81 games, earned two NCAA Tournament appearances and appeared in the NIT Final Four.

Following his collegiate basketball career, Williamson played three years of professional basketball in Germany and won the League Championship in the final year of his playing career before transitioning into coaching.

A product of Burlington, North Carolina, Williamson and his wife Lauren have two children, Jaden and Avery.

Kyle Church joined the FAU coaching staff in April 2018 and will continue to work with Coach Dusty May. The two worked together the previous five seasons, two at Louisiana Tech and three at Florida, with May as an assistant coach and Church at Director of Basketball Operations at both stops.

During his three seasons at UF, the Gators had a 69-37 record, including a trip to the 2017 NCAA Elite Eight. Shortly after the end of that season, Church was named to the National Association of Basketball Coaches (NABC) 30-under-30 list, which recognizes up and coming coaches in college basketball.

Church previously served as an assistant coach at Chipola College in Marianna, Fla., where he helped guide the Indians to a 26-5 record. Chipola reached No. 1 in the nation and maintained a top-15 national ranking in the National Junior College Athletic Association (NJCAA) all season. His primary responsibilities included scouting, recruiting and on-court development.

Prior to being on the coaching staff with the Indians, Church was the head graduate assistant manager at LA Tech where he was in charge of monitoring the players’ academic progress and handling video content while earning his master’s degree in kinesiology with a focus in sports performance.

During the 2010-11 season, Church worked as a member of the Ole Miss support staff, assisting with skill development, academics, video exchange and video breakdown as the Rebels went 20-14 with an appearance in the 2011 NIT.

While earning his bachelor’s degree in history, Church was a walk-on at Charlotte from 2006-10 and scored his first career points, a 3-pointer, against Indiana at Assembly Hall in 2006. Church was named to the Atlantic 10 Conference Commissioner’s Honor Roll, which honors student-athletes that have a 3.5 GPA or higher. 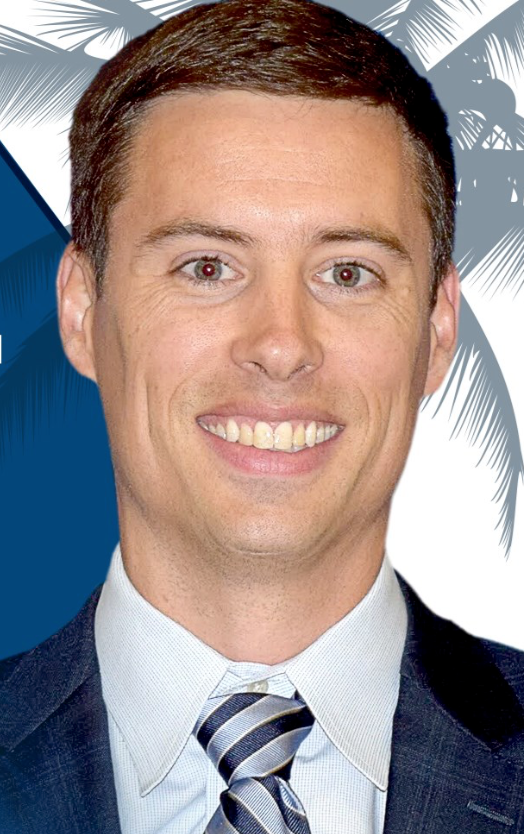 Todd Abernethy joined Florida Atlantic University's staff in the spring of 2019, having spent the previous season as the Head Coach at Trinity International University in Deerfield, Illinois.  Before Trinity, Abernethy served as an Assistant Coach at Ole Miss for four seasons.

At TIU, Abernethy led the Trojans to a 15-15 record and produced two All-League Players.  While at Ole Miss, Abernethy oversaw player development and helped develop three First-Team All-SEC players. Abernethy also proved to be a skilled recruiter, signing players from all over the world including Europe, Florida, Indiana, and Mississippi.

Abernethy began his coaching career in Indianapolis at IUPUI as the director of basketball operations and video coordinator. He returned to his alma mater in 2014 and served as an assistant coach under Andy Kennedy for four seasons. The Rebels advanced to the second round of the 2015 NCAA Tournament and to the Elite Eight of the 2017 NIT.

Abernethy, a Carmel, Indiana native, played at Ole Miss from 2003-2007 and earned All-SEC honors in 2006-07 after leading the Rebels to the SEC Western Division Championship. As a freshman at Ole Miss in 2003-04, Abernethy started all 28 games for coach Rod Barnes. In 2004-05, he came off the bench and was named the SEC Sixth Man of the Year. In 2006-07, under the direction of first-year head coach Andy Kennedy, Abernethy was an All-SEC point guard, averaging 12.3 points and 6.3 assists per game in helping the team win the SEC West. Abernethy finished his playing career at Ole Miss with 1,036 points. He also recorded 431 assists, which ranks fourth in school history Abernethy made the SEC Academic Honor Roll three times.

From 2007-2013, Abernethy played professional basketball in the Netherlands, Latvia, Estonia, Ukraine, and Poland.  In 2010, Abernethy played in Estonia for Tartu Rock and won the Estonian Championship. In 2012, while playing in Ventspils, Latvia, his team advanced to the EuroChallenge Elite 8.

Abernethy graduated from Ole Miss in 2007 with a degree in Banking and Finance. He and his wife, Micah Abernethy, have two daughters, Ruthie and Maria, and a son, Jack. Micah lettered in track and field and cross-country and earned a degree in Marketing at Ole Miss.

Ben Gonzalez was named Director of Basketball Operations in the spring of 2018. His responsibilities include overseeing the team’s travel arrangements as well as assisting with in-game preparation and coordinating official visits.

Gonzalez earned his bachelor’s and master’s degrees from the University of Florida while serving as a student manager and a graduate assistant with the men’s basketball team under Coach May and Coach Church. In his three years, the Gators went 69-37 and made three postseason appearances, including an appearance in the Elite Eight of the NCAA Tournament.

While at UF, Gonzalez volunteered with the Gators’ track and field team and marketing department. He was also selected to run a three-week sports camp in Liberia, Africa as part of Managers on a Mission. Brandon Gilbert was named Florida Atlantic University’s Assistant to the Head Coach in the Fall of 2018. Gilbert spent the previous four years as Director of Basketball Operations at Samford University. At Samford, Gilbert assisted in transforming their program, including attaining the school’s first ever win over a Big 10 opponent, Nebraska in 2016. During the 2016-17 season, Gilbert helped the Bulldogs achieve their first 20-win season in 11 years, and only the fifth in school history. That same year, Samford earned their first postseason appearance in 17 years and won their first postseason game (CIT) at the Division I level.

Prior to his time at Samford, Gilbert spent the previous three years as a Graduate Assistant at the University of Florida (2011-2014). At Florida, Gilbert experienced two Southeastern Conference championships (2013, 2014) and an SEC Tournament title (2014). Gilbert was a member of Billy Donovan’s staff that appeared in two Elite Eights (2012, 2013) and a Final Four (2014) in the NCAA Tournament.

Gilbert was also a part of history as Florida achieved a perfect 18-0 conference record in 2014, the first such accomplishment in SEC history. That season, the Gators won the SEC Tournament title and finished the season with a 36-3 overall record.

The Florida Gators accumulated a 91-22 record in Gilbert’s three seasons with the program.

A native of Miami, Fla., Gilbert graduated from the University of Florida with a bachelor’s degree in sociology in 2012 and earned his master’s degree in sport management in 2014.

Camp Contact:
Coach May
|
CoachMay@fau.edu
|
Please e-mail with any questions